Skip to content
Enjoy 20% off bedding during our White Sale with code: WhiteSale20 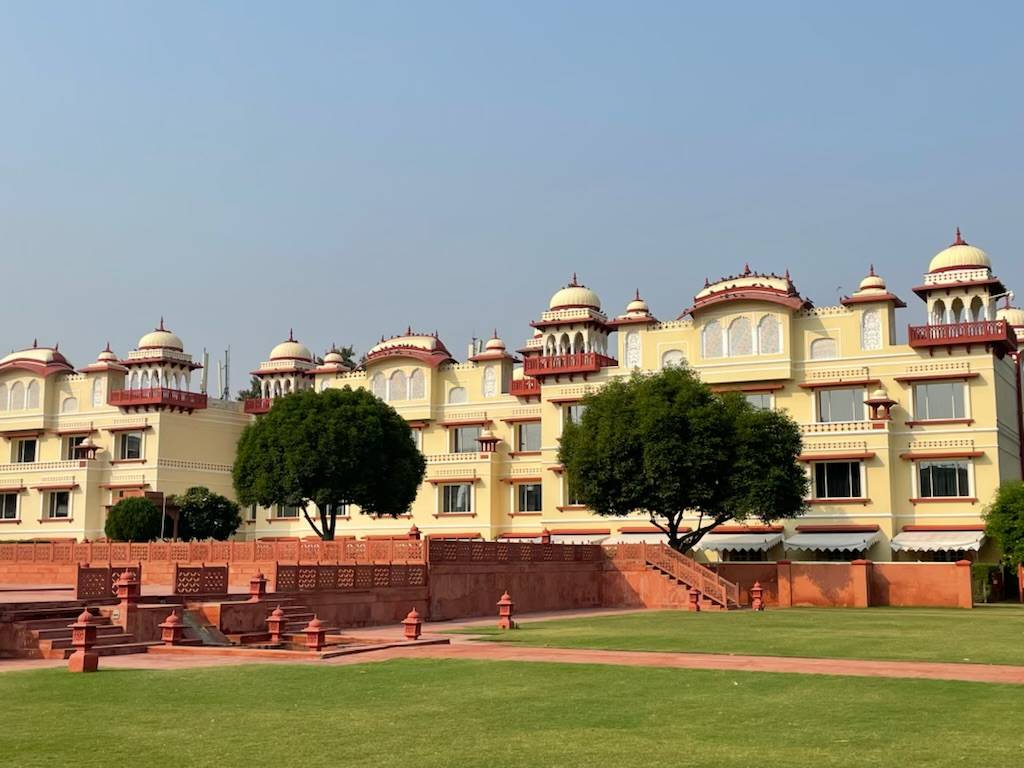 India:
A Place of Constant Inspiration and Awakening

I was recently on a trip to India and in addition to the work I had planned, I managed to add a few side adventures that always make a trip to this somewhat distant country memorable. Travelers and visitors who have been to India are often in awe of the many surprises, and contradictions that present themselves - in the sights, smells, and abundance of experiences that leave a lasting memory. Rich neighborhoods, next to shanty towns! Opulent luxury and lavish lifestyles and on the other hand panhandlers. This makes for a rich tapestry - that is India.

Our itinerary for this trip was planned with Delhi as our main hub. We started with a brief stay in Delhi, followed by a working trip to Jaipur, back to Delhi for a few days more, and then on to visit the southern part of India to attend a wedding in Chennai and visit with some close friends in Bangalore followed by a return to Delhi for a wedding and then a wonderful side trip to Agra and Fatehpur Sikri. All in all, setting ourselves to get a full experience of India.

Delhi, as you dear readers know, is the capital city of India. Like many other capital cities around the world, it is dominated by government buildings, businesses, and influence.

However, Delhi is a bit different in that it is also one of the leading business centers and is the gateway to a lot of the northern destinations in India – such as Dharamsala, Nanital, Dehra Dun, and the crossroads of the silk-route and the spice routes of the past. In the markets of Delhi – and there are several, there are all kinds of treasures to be found – from antiquities, colorful fabrics, exquisite hand-crafted décor items, and apparel and jewelry carpets, durries, and shawls. Since we were only going to be there for short spells, we hit the ground running to pack in as much as possible!

A Country Rich in History

We visited several historical Mughal sites – including the tomb of Humayun. And without getting into too much of the history (I am always tempted, being a History Major in my bachelor studies and having spent considerable time learning about the Mughal period, it’s easy to get side-tracked!) Humayun also called Nasir al-Din Muhammad (whose life spanned the early to mid-1500s]) was the second Mughal ruler of India. The journeys of Humayun and his father Babur are very similar in many ways, they both inherited a territory, enlarged their domains by military conquests, were exiled and reconquered their territories by force, but died before they could organize the Empire. But both had far-reaching influence and their legacies have outlasted their lives.

Delhi is dotted with the Tombs of many Mughal leaders and their artifacts and so our day trips continued with visits to the Red Fort, The Lodi Gardens, The Jama Masjid (the largest Mosque in Asia), and the Qutub Minar. While each of these architectural wonders is amazing to behold, what enthralled us were the sights, sounds, and shopping around these places with Hawkers peddling all kinds of souvenirs, snacks, and knick-knacks. Well as they say – Delhi is Delhi! And nothing quite compares!

The next leg of our visit took us to Jaipur – which is arguably one of the most beautiful cities to visit in India.

It is colorful and has managed to preserve a substantial amount of its heritage – many of the Palatial Homes, Castles, and Forts are easy to visit and several of the smaller palaces and larger mansions (Haveli’s) have now been made into hotels that are very accessible. We stayed at a hotel that was formerly the main residence of the Maharaja of Jaipur. Jai Mahal (albeit managed by The Taj Group) which is a smallish boutique hotel, made our stay in Jaipur even more special – breakfast was served on an open verandah accompanied with a live flutist playing early morning raga’s – something so magical that words merely hint at its specialness.

We also got to visit the City Palace – which is in part still the royal residence and inhabited by members of the royal family. The shopping in Jaipur is amazing – renowned the world over for textiles (with block printing similar to what is common in parts of Italy and South of France), the locals have made this century-old art a modern economy all on its own. Also, Jaipur is the” gem capital” of India – it has many terrific jewelry stores as well as the largest center for diamond cutting in Asia, if not the world! There was an abundance of art and hand-crafted items to shop for and an abundance of color in all the items on display! Many temptations to the pocketbook.

Treasures at Every Turn

Continuing our trip, we returned to Delhi for a few days more – visiting friends and family. Shopping some of the older markets in Chandni Chowk, Bengali Market, and finally the Khan Market – which is a great place to find gift items, jewelry, and artwork. We then took a quick trip south to Chennai and Bangalore. I was pleasantly surprised to visit and see several small artisanal workshops that specialize in restoring older antique furniture items, as also making very detailed reproductions – all inspiration for new items for us to bring into our catalog over the next few months and into the next year.

We remained in Delhi for the final leg of the visit, attending my niece’s wedding and as well as getting together for a college reunion – which was well organized and well attended. It was great to catch up with former classmates after these years and revisit our days together at St. Stephen’s College. A trip to the old institution (where I was a third-generation alum) was a delightful walk down memory lane – we stopped into the café and lunched on their legendary “Scrambled Eggs, Mince and Toast” -- tasted just like the old days!! It was indeed nostalgic to revisit and sit at my old desk! Ahh, memories …. 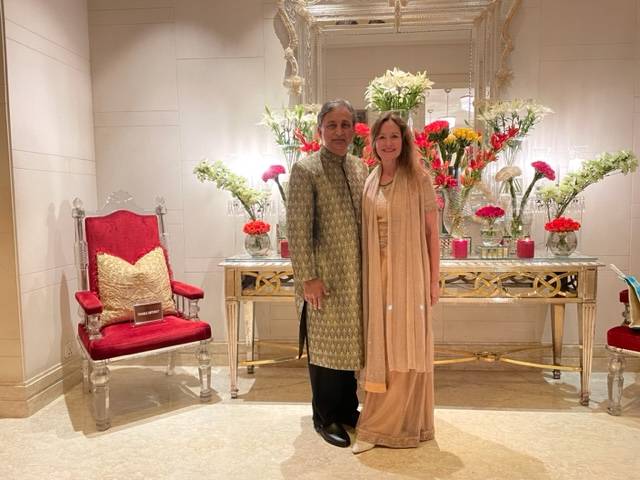 We had one final stop to visit Agra and Fatehpur Sikri! Each meal was a delight, and every visit or side excursion was fun and memorable!

The Taj Mahal is as beautiful as I remember it from my last trip in 2018. I would argue somewhat better, as a UNESCO world heritage site, it is very well protected, with a lot of preservation efforts underway. Agra and the surrounding areas were a Mughal center for many years and has a history at every corner. Visiting the Taj at daybreak or later in the evening was magical and in the day just breathtaking! Fatehpur Sikri – the Capital for a few years during the reign of Akbar is a well-preserved Palatial Fort beautifully laid out with Mughal-style gardens and is still a wonder to behold. It was abandoned after a brief period – and still a great place to visit. Constructed in the 1570s, it is made largely of sandstone and is majestic and impressive as an architectural structure. A must if you have traveled as far as Agra to see the Taj, as this is yet another wonder that will fuel your imagination and your desire to wander on….

I was seeing India with new eyes and enjoying the many variations of it – in the food, the people, the customs, the architecture, the hospitality, and the shopping – the old seemed familiar and somewhat new at the same time. And the new was different and yet somewhat familiar – I must say it felt a little strange at first but as I got into the groove of things, I felt a little more comforted and yet aware of all that has changed in the last 30-40 years.

A few days later we were back stateside, the book of travel closed for now and all the memories stored for another day!

Enter your email and receive 15% off your first order.